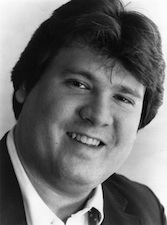 “We thank God for every remembrance of you” Philippians 1:3. God has called our beloved husband, father, brother, son and uncle to his Heavenly home and now Heaven’s music is even more beautiful. Gary Driskell, 50, Independence, Mo., passed away Saturday, Feb. 23, 2008.

Gary was born June 13, 1957, in Independence. He was a prominent Contemporary Christian songwriter, singer and worship leader. Gary was the recipient of two Dove Awards and had songs featured on several gold and platinum recordings. He was a 1975 graduate of Truman High School, and attended William Jewell College and Mid America Nazarene University. Gary played first base and pitcher for Queen City and Kiwanis, and later coached Little League baseball. He lived in Nashville, Tenn., for 11 years, where he was under contract with Gaither, Star Song, and Word publishers. He served as director of music for two years at the First Church of the Nazarene in Hutchinson Kan., and for 13 years at Maywood Baptist Church in Independence. Gary devoted himself to a tireless study of worship – its origins, development and impact.

A visitation will be held from 6 to 8 p.m. Friday, Feb. 29, at Maywood Baptist Church, 10505 Winner Road, Independence. A celebration of life will be held at 10 a.m. Saturday at the church. In lieu of flowers, memorial contributions may be made to The Gary Driskell Memorial Fund. Arrangements are under the direction of the Heartland Cremation & Burial Society, Raytown, 816-313-1677. 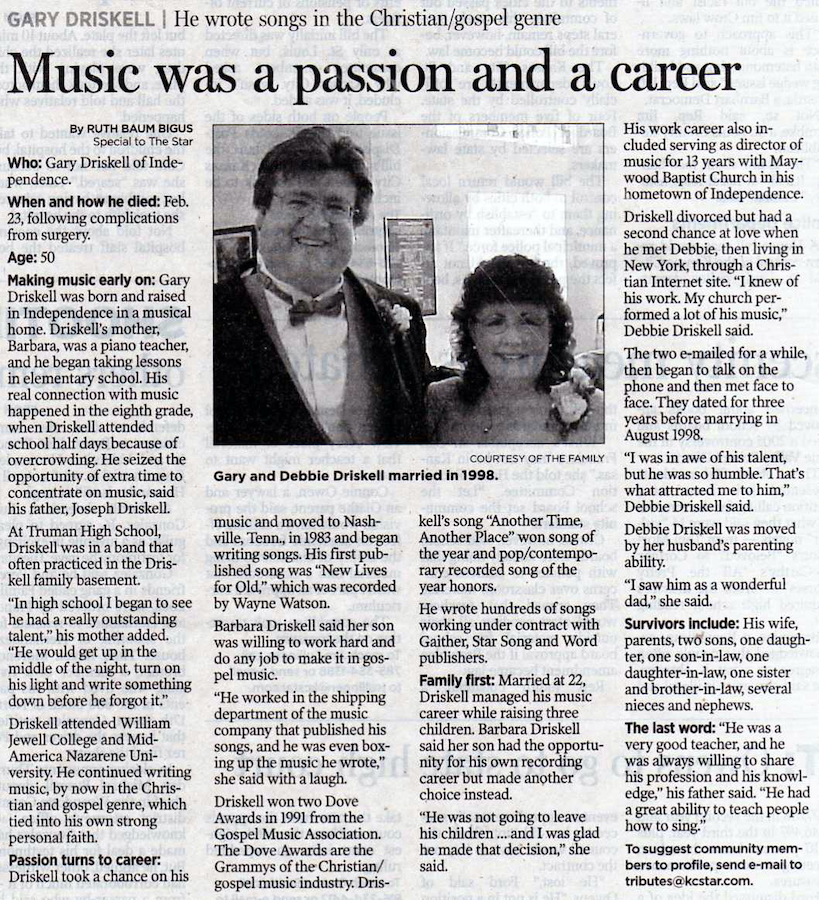