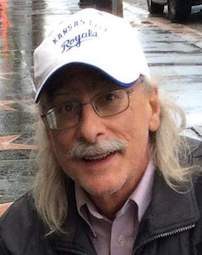 John “Scott” Summers, Sr. 62, of Independence, MO passed away December 9, 2019 with his loving family by his side.

Scott was born on October 26, 1957 in Peoria, IL one of 3 children born to John and Patty (Taylor) Summers. After graduating Truman High School, Scott continued his education earning an Associate Degree in Mechanical Engineering.

While on a blind date, Scott met the love of his life Cheryl Brimer. They shared over 41 years together and had 3 children. Scott’s family was the most important thing in his life.

Scott enjoyed the Royals baseball. He never missed an opening game. Scott was a season ticket holder for many years. Through good times and bad, he was a Royals fan through and through. The Royals games were a family event, the children were even allowed to miss school for opening day. Tailgating was taken to a higher level. The day would be planned out for weeks. Most importantly the tailgate menu which sometimes included, steak and lobster, but always pea salad, a variable feast was had.

In his spare time Scott had various hobbies over the years, including, camping, painting, wood working, furniture making, and wood carving. His talents not only extended to art but music as well. Scott was self-taught and played several instruments.

Scott is preceded in death by his parents, and a brother Tim Summers. In lieu of flowers contributions may be made to Asana Hospice, 9001 State Line Rd. Suite 120 KCMO 64114