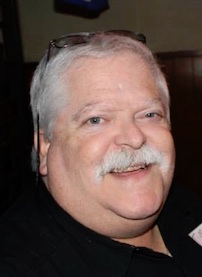 Timothy was born in Richmond, Missouri on June 8, 1957 to Jack and Jessamine (Stoenner) Layman. He was a 1975 graduate of Truman High School in Independence and then from UMKC with a degree in biology and computer science. Timothy graduated from the Independence Police Academy in May 1979 and went to work as a UMKC police officer. He was employed as a sergeant by UMKC at the time of his death. Timothy was an elder and active member of the choir at the Trinity Presbyterian Church in Independence. He was an active Eagle Scout, Shaman in the Tribe of Mic-O-Say, and advancement chairman in Troop 226. He was also a member of Mensa and Lambdo Chi Alpha Fraternity.

He is survived by his wife of 40 years, Rebecca (Brooks) Layman; son, T.J. Layman, Jr.; his parents; and a loving extended family.