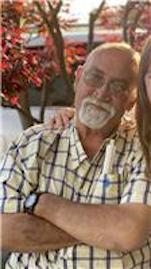 He was the kindest person in the world. He never met a stranger. He would help anyone… He passed away on August 10, 2020, and the world is a far poorer place for it.

Steven Leslie McGraw was born on May 20, 1957 in Chandler Arizona, the second son of Dr. Bob and Cicely DeLapp McGraw who subsequently moved the family back to Independence, where Steve grew up and went to school, worked, started businesses, raised a family and much more, all the while making friends and friendships that he maintained throughout his life. That recitation of particulars, however, doesn’t speak adequately to the other things Steve was: a great and caring father, a devoted and loving husband, a heck of a good mechanic, a fine carpenter, a sportsman who loved to go fishing with his father and his son Sean, and the best and truest friend anyone could have ever wished for. Steve was a Boy Scout, a gun collector, an avid reader, a teacher and the maintenance director at a number of facilities and institutions. He was the guy who’d give you his time or his last buck – even when he couldn’t see the next one coming.

Steve met Melanie Ann Hall while in college at CMSU. The couple was married in 1990 in a union that would have been 30 years old on September 22 of this year. Son Sean Michael came along in 1998, daughter Mallory Rose, in 2001. His children were the highlight of his life and he was always so proud of both of them. Granddaughter, Mayce Rose was born this year to Sean and fiancé Hanna Jones.

Steve is survived by his wife, children and grandchild and two brothers, David Michael McGraw and Dr. R Paul McGraw.

Arrangements by Charter Funerals 816-921-5555.Condolences may be left at www.charterfunerals.com.