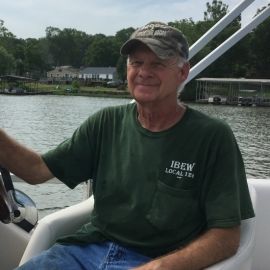 He was born on May 25, 1957 to Donald Lee Stewart, Sr. and Mary G. (Lane) Stewart in Kansas City, MO.  He graduated from Truman High School in Independence.

On June 7, 1989, he was united in marriage to Tina Louise (Turner) Kraxner.  After their marriage, they lived in Edgerton, MO where they made their home.

He was a member of IBEW local #124.  Don enjoyed fishing, working on the farm, and most of all being with family and friends.